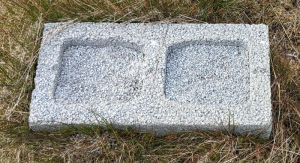 One supplement is critical to the long term health of your laying flock despite being needed in small amounts.

Grit, which is small stones which help grind the food in the gizzard and oyster shell or soluble grit which dissolves to help with the calcium requirements chickens have.

Grit and oyster shell are not the same thing even though they are often bought mixed in the same bag. Your flock needs both but at different times in their life and while roosters need grit, they have no need of the extra calcium in shell or soluble grit.

The average backyard chickens keeper does not have to worry about grit and shell, as long as they supply some the chickens will choose when and how much they eat. The reality is a small bag will last you and the chickens years.

I know a lot of people feel that if they free range they don’t need grit but I disagree with this because some places just don’t have a lot of appropriate small stomes and rocks, my land is very fine sandy soil so I feel have to add grit to the diet.

What is chicken or poultry grit and what is in it?

Below: This is what miexed poultry grit looks like. Standard chicken grit is roughly 70% stone and 30% shell.

The typical size for these small stones and pieces of grit is between 2mm and 8mm.

Chicken or poultry grit is made up a small crushed rocks, either granite or flint and the shells of oyster that have been broken down to a small size.

Chickens would be unable to digest scratch and grains without stones in the gizzard.

Do my chickens need grit?

All chickens of all ages need insoluble grit. These small stones are an essential part of the digestive system of most seed eating and omnivorous birds, not just chickens.

Not all chickens need soluble grit or oyster shell, this is a requirement for laying hens only.

In addition, modern layers pellets provide a minimum level of nutrition required to cope with the egg production of even the best hybrid layers. Layers pellets have calcium added to the feed in powdered form to satisfy the needs of most hens.

As a point, cockerels and chickens not in lay and fed wholly on layers pellets may be getting an excess calcium intake which can cause damage to the kidneys over a long period of time. These birds definitely do not need the extra calcium from oyster shell grit but do still need stones or insoluble grit in the diet.

It should also be noted that the shell and stones are sources of minerals that are necessary for chickens to be healthy. Oyster shell is composed of proteins and minerals including calcium magnesium, sodium, copper iron, nickel, strontium and some micro elements. Chemical analysis showed that oyster-shells are predominantly composed of calcium carbonate with rare impurities and contains 50 to 55% calcium oxide.

The granite used for chicken grit typically 70 to 80 percent Silica but also contains potassium and magnesium salts which are released gradually as the stones are down in the gizzard of the chicken. The rocks also contain trace amounts of Sulphur which is essential in protein production

Oyster shell or soluble grit is not for all chickens, just those currently laying egg.

How much grit do chickens need?

A chicken requires 30 to 50 grams of stones or insoluble grit every year. There is a tendency for chickens to eat more grit than is essential for grinding their food.

In another study it was found that has found that surplus grit passed off from the gizzard in the first 14 days after it was withheld.

So not as much as you might think. There was a study in the 1920's that deprived chickens of grit to see how long it lasted in their gizzards.

Below: The table of results from the grit longevity study.

You can see the variation in the amount of grit in the gizzards of the individual birds was between 9 and 16 grams at the beginning of the trial falling to between 1 and 5 grams at the end of the study.

One bird had as much in it's gizzard at the end of the study as one did at the beginning so the variety in the quantities of grit inside the digestive system is huge.

Below: The test tubes showing the actual amount of grit extracted from the gizzards of the chickens during the study.

There was also grit remaining in the gizzard a full year after the chickens stopped being fed it.

How much Grit should I give to chickens?

My free range egg flock of 75 mixed rare breed and hybrid laying hens with no roosters get through the 4lb (2kg) of  grit in this hollow cinder block in a year or so. This equates to about a teaspoon per week per bird.

Below: I use a hollow cinder block for grit while they free range. It is everlasting with no wastage and I fill it once a year.

Just supply it and let them choose. Some will take more and other less and it is not something you need to worry about as long as they have access to it.

There is a tendency for chickens to pass the excess grit and to keep a residual amount.

The quantity of grit retained in the gizzard varies considerably between individuals.

How does chicken grit work?

The grinding in the gizzard of the fowl is not a sharp-cutting process produced by the edges of the stones but rather closer to the action of a ball mill that grinds to a paste.

The food soaks in the crop then passes from the crop through the second portion of the oesophagus to the Proventriculus, where it rests in an acid secretion. From the Proventriculus it passes into the gizzard where the muscles of the walls contract grinding the soaked feed with the grit and by a squeezing rotary motion reduces it to a paste. This paste is then digested in the normal way.

Oyster shell, egg shell or soluble grit is dissolved in the acids of the Proventriculus.

Do I need to give my chickens grit?

If they free range you might not need give chickens grit to but I personally would always supply it.

What can be used for chicken grit?

Just about any stones will be fine as long as the chickens can swallow them easily. Chickens do just fine and hold weight and remain perfectly healthy on either sharp or dull grit and the study found that the composition of the grit made no differences to the condition and long term health of the flock.

Can I use sand as grit for chickens?

Grit is what the gizzard of the chicken uses to process the food that has entered it's system. Anything from small rocks and even coarse (sometimes called sharp) sand can be considered grit as they sit in the gizzard and grind up the food they have eaten.

Can chickens have too much grit?

Chickens can never really have too much grit. Any surplus passes out of the digestive system. Give oyster shell only after 18 weeks of age.

It's better for birds to have continual access to grit and oyster shell and not need them, then to need them and not have them.

Does grit get mixed in the food or should I have a separate feed station?

I personally don't mix it in but I know people who do and it works for them. If you mix grit in with feed then add a teaspoonful per chicken per week to the scratch.

You can put chicken grit and oyster shell in with the pullets food or have it in separate containers, it will make little difference to the chickens, they only eat it if they want to.

When should I give my chickens grit?

Chickens should have access to some form of grit as soon as they have learned to eat chick crumb and settled into the brooder. Coarse sand is ideal for this purpose as it is quite fine and easy for them to swallow.

Birds can have access to adult sized grit from 10 to 12 weeks or so and oyster shell from 18 to 20 weeks of age.

Where do you put chicken grit?

I buy a 25Kg bag of mixed poultry grit and have it delivered and it lasts me 5 ot 6 years. I use coarse builders sand for my chicks and young birds.

Not really, They take a similar place in the diet as oyster shell but once they have been roasted and crushed to small pieces they are very easy for the chickens to digest.

You can also give crushed egg shells but with a balanced diet, they don't usually need extra calcium.

How do you introduce grit to chickens?

Just put some out in a pot or feeder where they can easily find and get to it. There is no special secret to it's placement.

How do you make chicken grit?

Use a bag of sharp or coarse sand or buy a bulk sack that will last you a decade at least.

At what age should chicks be given grit?

If you're raising chicks in a brooder, chicks need to learn first what their 'proper' food is, because that's where they will get the balanced nutrients they need.

As soon as they are eating the crumb you can add some coarse sand to the brooder.

Where to buy grit for chickens and how much to get:

The thing about buying grit for chickens is it costs almost as much for delivery as it does to buy the product, $10 to $15 for 50lbs is really reasonable.

I buy mine here in the UK and pay £14 per 25Kg delivered. You can buy it from Amazon UK here.

This 5 pound bag will last the average keeper years and this 8 oz cup that hooks on your run mesh will be excellent for serving it up in.

Buying grit should cost you about $1 per year per bird.