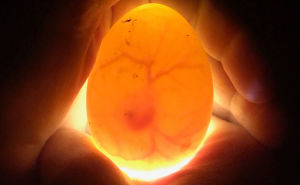 Successful hatching involves more than just incubating a few eggs, everything matters, from the health of the adults to the selection and storage of fertile hatching eggs.

How do you store fertile eggs before incubation?

Fertile eggs selected for hatching need to be stored carefully for a maximum of 14 days between 50F (10C) and 55F (12C) in a temperature and humidity stable environment and apart from daily turning need to be handled as little as possible.

The cooler end of the spectrum is better especially if you intend to keep them for a longer time before setting.

How long can fertilized eggs sit before incubation?

I once had a white Orpington hen that I though I had lost, but she returned with 17 chicks in tow just over 3 weeks later. Orpingtons are not the best layers so I reckon it took her at least 20 days to produce those eggs. I did eventually find her nest and she hatched 100% so the first egg must have been laid at least 20 days before the last.

In the cool and stable environment of a nest, with a hen turning and rolling the eggs every day the fertile eggs lasted 20 days. Clean eggs with the cuticle or bloom intact will store better than those that have to be cleaned or washed.

Under ideal conditions you can keep fertile eggs for as much as 24 days and they will still hatch. Hatchability drops off considerable after 14 days so you should aim to set you stored fertile eggs in and incubator or under a broody hen within two weeks of the being laid.

How can you tell if eggs are fertile before incubation?

There is no reliable way of testing the fertility of an egg without cracking it open to have a look at the spot on the surface of the yolk.

Below: The classic bullseye on the yolk showing the egg is fertile.

Chicken keepers use test hatched to work out the fertility and likely hood of eggs being fertile.

What temperature should you store hatching eggs at?

The ideal temperature for the storage of fertile hatching eggs is between 50F (10C) and 55F (12C).

It may come as a surprise to you but the embryo can begin to develop, albeit slowly at quite low temperatures. The embryo in chickens eggs above 27C (80F) will begin to grow. This sort of temperature could easily be reached on a kitchen work surface in spring or summer so be sure to keep them well protected in a basement, if you have one.

Eggs do not freeze until the temperature reaches -2C or 29F, at this level ice crystals begin to form and damage the membranes in the egg.

The lower and upper limits for storing fertile hatching eggs are 40F (4C) to 60F (15c) respectively and the nearer the lower temperature the better.

Too high a temperature also renders the albumen more fluid, and consequently more easily pressed aside, allowing the membranes to stick together more easily. The drier or warmer the atmosphere the quicker this adhesion takes place.

Can you keep fertile hatching eggs in the fridge?

You can store fertile hatching eggs in the fridge and in the past I have successfully hatched that had been in the fridge for nearly a week with no effect on the hatch rate.

The problem with incubating refrigerated eggs is that the atmosphere inside a fridge is dry and when you remove them from the cooler they get a layer on condensation all over the surface of the shell and this can lead to contamination.

Can you store fertile hatching eggs in the incubator?

It is not ideal but I have to confess that I have done it myself in the past.

You can store fertile egg in an incubator as long as the heating elements are turned off. Using the egg turning mechanism in incubators is a common among backyard keepers. You should never set a few eggs each day in a running incubator.

Commercially eggs are stored in the incubator to make use of the temperature controlled environment and the egg turners. This also enable incubation cycles to be planned.

Below: An incubator with seperate controls for the heating and egg turning can be used to store eggs.

Handle fertile hatching eggs as little as possible with clean hands and avoid moving them too much. Handle carefully without shaking or disturbing the contents too much.

Eggs are particularly susceptible to bacterial contamination during the formation of the air cell as it cools after being laid.

Should you wash eggs before incubating?

There are really only two methods of cleaning eggs available to the backyard chicken keeper:

How to clean eggs before incubation:

If you have to clean eggs try first using a rough cloth or a little wet and dry sand paper. Green plastic pot scourers can work as well.

I might prefer to leave some marks on the eggs rather than disturb the bloom on the shell.

Alternatively the eggs are washed in a disinfectant solution, for maximum effect make sure the solution temperature is between 38°C (100.4°F) and 48°C (118.4°F).

The disinfection process should take place quickly in a clean environment free of dust and other containments and the eggs must be dried with clean, single use disposable paper. Warm water will not enter the egg as easily as cold.

Even if all precautions have been taken to produce an optimum quality hatching egg the risk of contamination in washed eggs is ever present and cannot be ignored.

The egg possesses certain characteristics which promote the proper development of quality chicks. The shell permits respiration by allowing oxygen to pass through tiny pores in its surface and until the chick is able to crack the shell, respiration can only occur with the help of oxygen that passes through these pores.

Cleaning the egg either manually or by washing could block some of these pores and not allow the chick to develop past a certain point.

The hen on returning to her nest almost invariably shuffles the eggs, apparently in an aimless manner but studies have shown they are adept at turning the eggs and not missing any out.

You can turn your eggs by either keeping them in a tray and rocking them back and forth around 30 degrees or by keeping them in a nest as a hen would and rotating them 180 degrees twice a day. The actual method you employ is of little importance as long as the eggs is shifted or rotated.

Always mark eggs, I use the letters AM and PM to denote morning or afternoon and then I know where the eggs should be.

During storage the embryo, which rests on the top of the yolk, presses upwards against the inside of the shell, and if allowed to remain long in one position the albumen is gradually forced aside and the germ becomes glued to the shell.

The germ requires oxygen at all times and a change in the position of the egg by its rotation tends to bring a fresh portion of albumen in contact with it.

If eggs that are to be hatched are not turned regularly the white has a tendency to separate into its constituent parts, the watery sinking to the lowest part of the egg and the yolk floating up to touch the shell at the top.

Position in which to keep eggs for incubation:

The position fertile egg are stored in is critical because the yolk .

The yolk, being less dense than the white, has a tendency to rise to the top, gradually forcing aside the albumen above it, and, if allowed to remain for a long time in one position, the thin layer of albumen dries and the germ becomes glued to the shell.

The chalazae to which the yolk is attached, being the densest part of the egg, counteracts this upward force by tending to drag the yolk down.

The effects of storing and incubating eggs pointed end up:

In the event that an egg is placed small end up, the chances are greater that an embryo will situate its head in the small end of the egg. When an embryo is not situated correctly, reduced hatchability and lower chick quality are common problems that may occur.

Sometimes a chick embryo is unable to locate the air cell and accidentally pips the small end of the shell, which causes the chick to hatch too early.

In a study conducted by Bauer, Tullett, and Wilson, it found a significant difference between eggs set large end as opposed to small end up. When a commercial broiler strain was used, the eggs set small end up had a high percentage of disoriented embryos.

In addition, the researchers found that chick quality is lessened, and hatchability is reduced by approximately 17% when eggs are set small end up. An increase in mortality occurred during last 3 days of incubation when the embryo is normally poking its beak into the air cell, a process called "internal pipping".

It has been suggested that by placing the large end of the egg downwards the weight of the contents presses on the air-chamber, and by thus preventing its enlargement retards loss of moisture by evaporation.But this argument is not admissible, as evaporation takes place not from the air space only, but through all the pores, no matter in what position the egg is placed.

Stored fertile hatching eggs should be and between 70% and 80% relative humidity  to stop the eggs drying out before incubation starts.

Any higher may allow condesnsation on the egg shell which should be avoiuded.