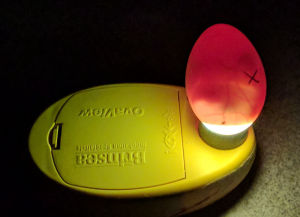 Over the years I have had my fair share of fertility problems in my flock, some of which are easily dealt with and some are terminal. Some breeds are prone to sterility and difficulty mating.

Fertility is a trait of great interest to all chickens producers because low fertility means less chicks and higher costs.

A few important notes about fertility in chickens:

There are a few things to remember when it comes to the reproductive ability.

Can chickens be infertile?

Both cockerels and hens can suffer from fertility problems or be completely infertile or sterile. Factors that influence fertility , or the lack of it, can be genetic or environmental and some may be treatable.

Hens only have one functioning ovary and can be infertile for many reasons while cockerels only have one functioning testicle so like the hens have no second line of defence against fertility issues in having a pair like some species. The right ovary stops developing when the female chick hatches and left one continues to mature. The same is true with the male. It is a useful adaptation if you fly but only gives you once chance at reproduction.

What are the causes of reproductive problems and infertility in chickens?

How is fertility measured in chickens?

Fertility in chickens is measured as a percentage of the eggs produced being viable, normally averaged over 30 days.

Fertility and hatchability are different, when an embryo dies early and you can see the dark band of the blood ring inside the egg it was still fertile even though it did not go on to hatch.

Below: Candling eggs to assess fertility in chickens.

Fertility can be checked as early as 4 to 7 days into incubation when blood vessels are clearly visible through the shell. The air cell becomes bigger while the embryo develops and the embryo becomes visible at the end of the second trimester, when movements may be seen. Activity increases as pipping time approaches, around 2 to 3 days before hatching.

What should the fertility rate in chickens be?

The fertility rate in chickens should be at least 75% and closer to 85% at peak times. This is breed and conditions dependent to some extent. If you regularly get fertility rates below 75% then you need to investigate.

According to a Agri Stats' survey, the average hatchability in commercial operations in the U.S. is between 79% and 86%. This would give commercial chicken producers a fertility rate of around 90%.

With my own flocks it also varies to some extent with some breed showing as little as 55% in my Cornish flock as the heavy breasted males have wide distances between their legs and trouble mounting the hens. My white leghorns on the other hand regularly give me 90% hatch rates in the spring time.

What percentage of eggs should hatch.

How long does a chicken stay fertile?

Certain female animals are able to store sperm long-term and chickens are one of these animals. The hens can store sperm for up to 14 days and so can produce fertile eggs for just over two weeks after mating.

Hens are fully fertile for a maximum of three years while cockerels may be fertile for five or more. Fertility fades over the years and the best breeding success is likely to be had with chickens in years 2 to 4.

How do you tell if it is the cockerel or the hen that is infertile?

If your rooster is the one suffering fertility problems then all or a very large number of eggs will be infertile, if it is just one of the hens that that is infertile then it will be a much smaller percentage of the eggs that show clear.

The male contribution is perhaps more important because each rooster is mated to many hens.

Sperm quality traits are believed to be inherited and behavioural traits have a low heritability.

How can you increase fertility in chickens?

Fertility may be improved by:

Season affects fertility, which is lowest during the heat of summer and also in winter when daylight hours are fewer than 14. Fertility can be improved by exposing roosters to 14 hours of total light

How long does a rooster have to be with a hen before the eggs are fertile?

Hens need to be with and active cockerel for 3 days before the eggs she produced are fertile.

A rooster only has to mate once with a hen for her to be fertile but it may take a few days for him to get around to servicing all of the hens and the eggs that are already being being formed won't be fertile.

How can you tell if eggs are fertile before incubation?

You can't tell if the eggs are fertile by looking at them, you need to do a test hatch or break them open to check fertility.

Below: Candling an egg to assess the embryo during a test hatch.

What age do chickens start mating?

I have had cockerels try to mount the hens as early as 16 weeks old. It is unlikely at this age that it would be a successful mating as young roosters may have trouble dominating the hens and could also be a little small.

How many fertile eggs can a hen lay after mating?

A hen can lay 16 to 24 fertile eggs after a successful mating with a cockerel.

Fertile and infertile eggs look exactly the same. You can only tell whether they are fertile by incubating them or breaking the shells open to look at the germ spot on the yolk.

In fertile egg the germ spot on the yolk looks like a bulls eye with a ring around the spot.